Coffee and smoking volcanoes Already in the approach we were enthusiastic about the volcanic peaks of Guatemala, which also accompanied us in the distance in the following days From the moment we arrived, the volcanic peaks of Guatemala inspired us and in the following days accompanied us in the distance. Despite many warnings about the […] 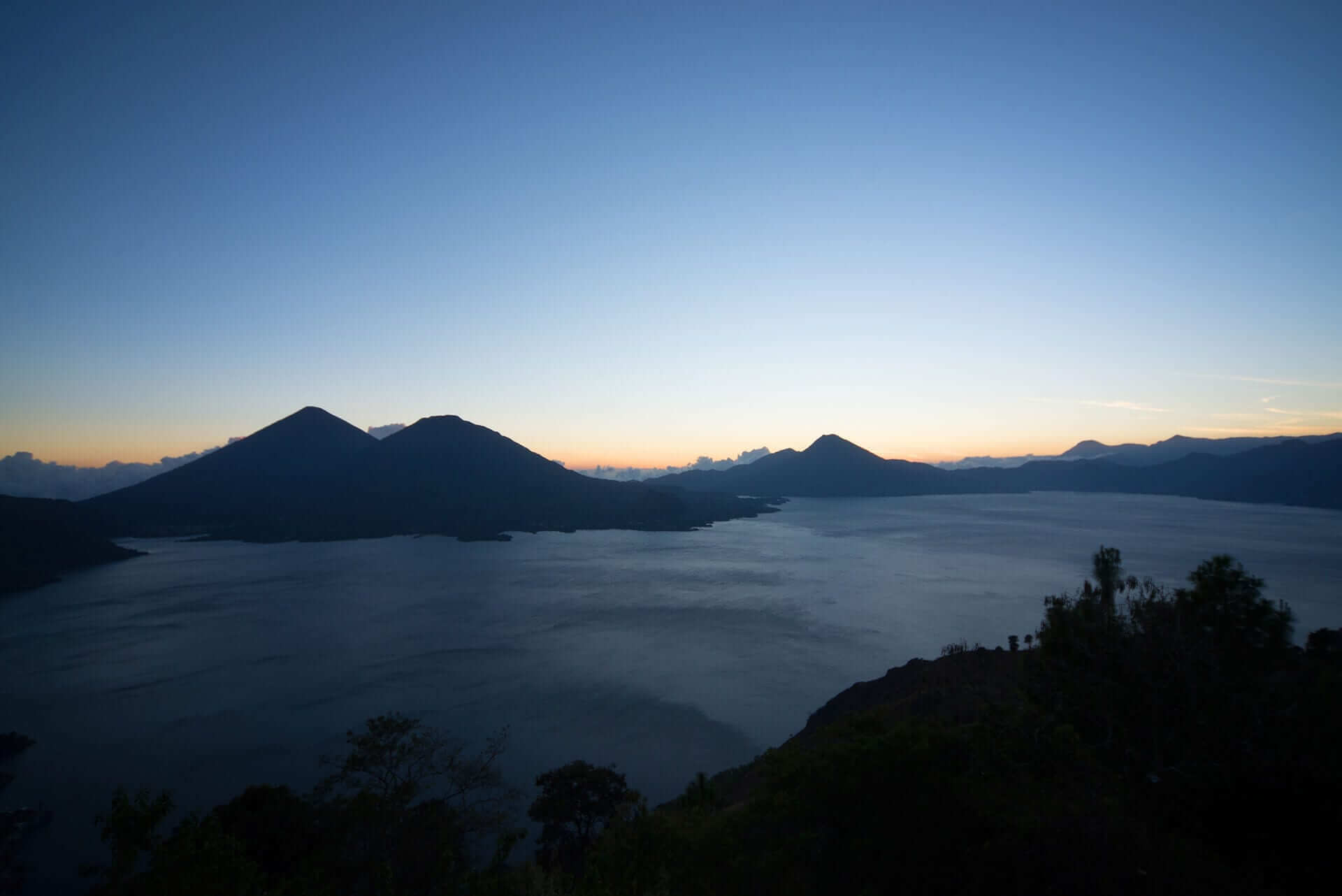 Already in the approach we were enthusiastic about the volcanic peaks of Guatemala, which also accompanied us in the distance in the following days

From the moment we arrived, the volcanic peaks of Guatemala inspired us and in the following days accompanied us in the distance. Despite many warnings about the state of the roads and the traffic in Guatemala, we drove off and discovered that the traffic was not so bad. As it turned out later, this was because it was Sunday. We were amazed at the speed of the often very colourful buses, which rushed past us on both sides and left us behind in dense diesel clouds.

Our destination was the coffee plantation of Gustavo about six hours away near the Mexican border. Gustavo is a coffee farmer who once lived in Cape Town. At the time, he was doing something completely different with his life when he somehow crossed paths with our friend Judd from Deluxe Coffee Works in Cape Town. Judd then travelled to Guatemala and visited Gustavo, who had taken over his deceased father’s coffee farm, and bought a container of coffee from him.

Through Judd we were able to contact Gustavo, who was very pleased that we dared to drive to his region to visit his farm. It was cold and we were freezing in the car. The drive to Huehuetenango went smoothly. We passed volcanic mountains and pine forests, and, as we later learned, reached altitudes of up to 3000 meters above sea level. After braving challenging road conditions that forced us to drive at a snail’s pace, we finally arrived at Gustavo’s farm in Santa Rosa, Buenos Aires.

Over the next few hours we were warmly welcomed by everyone we met on the farm. Gustavo explained his idea of a holistic farm, where not only the coffee but also the wellbeing of nature and the employees is considered. Gustavo is particularly concerned with appraising the performance of each individual employee.

Gustavo gave us the opportunity to see and experience everything that affected the production of raw beans: coffee waste, washing processes, drying, fermentation, sorting and of course the workers, whom he always warmly welcomed and introduced to us by name. Gustavo repeatedly stressed that it was not he who produced the coffee, but his workers. Afterwards Gustavo guided us through his farm. It lies on a very steep mountain at between 1200 m and 2000 m above sea level. Right at the beginning of our tour, he showed us a place that he had left untouched for the benefit of rare monarch butterflies. This is an example of his nature-oriented concept of coffee cultivation.

We then followed the bumpy paths that meandered through thousands of coffee trees. During various brief intervals Gustavo showed us the difficulties of coffee cultivation, including the problems and effects of the fungal disease “rust”, which destroys the plants and can only be combated by treating them with pesticides (later in Honduras we learned that biological means can also be used). Due to an unusually humid climate, caused by the weather phenomenon El Niño, rust is currently a very serious problem for coffee farmers in Guatemala and results in large-scale crop failures.

Finally, we climbed to the highest point of the farm to reach the coffee plants, which grow at almost 2000 m above sea level. At this altitude, Gustavo, with the help of Alfonso, has in recent years begun to cultivate micro-lot coffees using rare varieties that are not typically grown in Guatemala. To protect them from rust, he left a 100 m wide strip of wild forest between the lower and upper plantations. He aims to pursue a sort of sponsorship deal whereby a roaster buys a lot of coffee plants and takes ownership of it for several years, labelling it with his name on a board at the edge of the plantation.

Gustavo wants to build long-term relationships with customers and move away from the fast-paced nature of the coffee industry. The micro-lot coffees, which he has already sold, achieved top ratings in international rankings. (Cup of Excellence awarded it 89 points!)

We were very fascinated by Gustavo’s love for nature, his closeness to his staff and his enthusiasm for coffee. The tour ended on a rock high above the valley. From this “eagle’s nest” we could see Mexico stretch out before us in the distance.