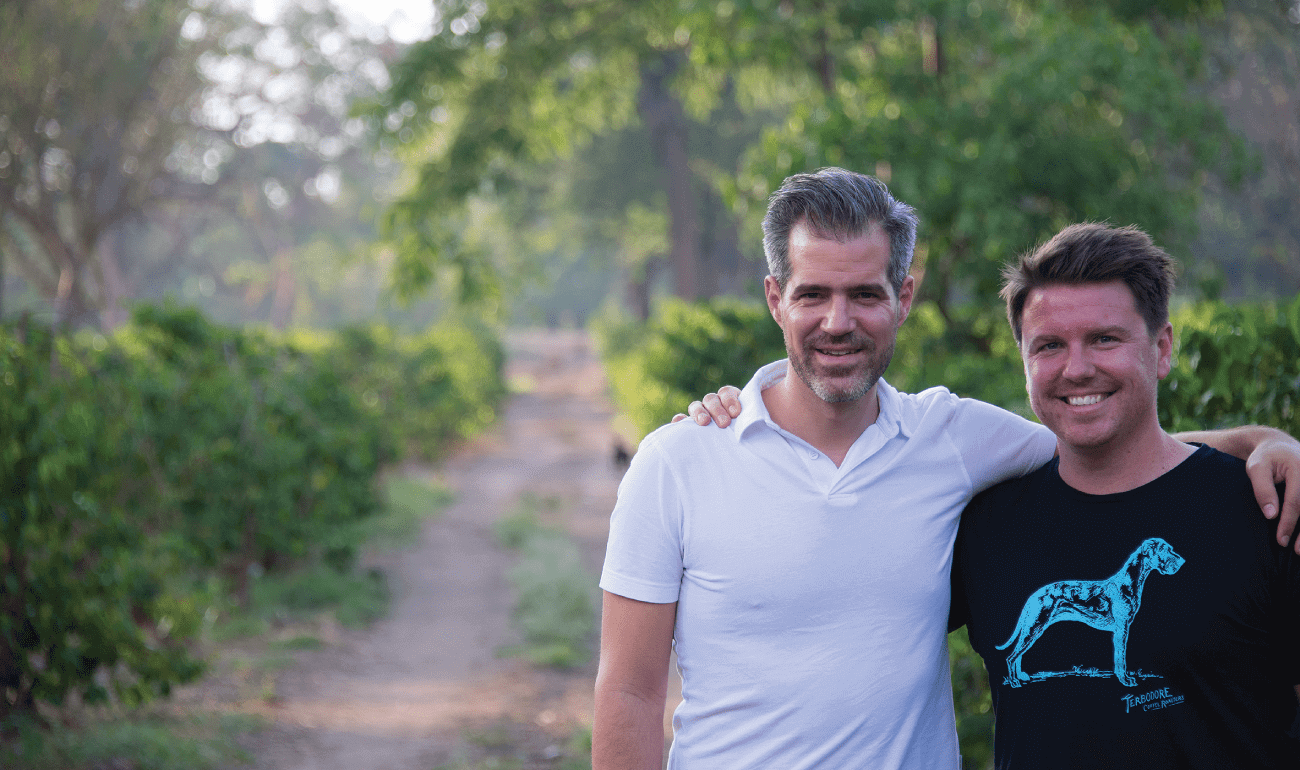 This was our second coffee trip to Tanzania. While two years ago we had been looking for coffee in the north, at the foot of Kilimanjaro in the region Arusha (Ngorongoro), we now visited the Mbeya region in the southwest. The goal was the Itende Coffee Estate, from which we had already obtained and roasted coffee years ago.

In 1898, Catholic missionaries planted the first coffee trees in the Kilimanjaro region. In 1919, the British District Commissioner allowed all Tanzanians to grow coffee. After the First World War, the British planted over 10 million coffee trees as part of a coffee promotion programme. The first coffee cooperative in Africa was founded in Tanzania in 1933. When coffee prices fell between 1980 and 1990, many coffee farmers abandoned their plantations. In 1997, the government launched a campaign to revive the coffee industry, and over 24 million trees were planted.

Kurt and I visited the offices of coffee merchant Tayler Winch in the harbour area of Dar es Salaam (Dar) together with Michael, a coffee roaster from Cape Town whom we knew from our time in South Africa. The company belongs to the third largest coffee trader in the world: Volcafe from Winterthur. Jeremy, the manager of the Dar plant, showed us around the warehouses and described the local coffee industry. Now I got to see the place where our Blackburn Estate coffee bags were stuck over three months ago because something was wrong with the papers!

This time we were interested in a coffee region in southwest Tanzania: Mbeya. We were kindly invited to a cupping of coffees from this region. The coffees tended towards having citrus notes.

We spent the next days in the surroundings of Mbeya and visited different plantations and cooperatives. Despite the severe drought in the area, the irrigated parts of the farms were already in bloom. I had never experienced such splendour before. The coffee plants looked as if they were freshly covered in snow. The coffee blossoms emitted a wonderful scent of jasmine.

Disappointing, but instructive, was the visit of Itende, a project from which we had obtained excellent coffee a year ago. The farm, which is run by the army, has a good program: About 2000 young people from the rural population undertake a one-to-two-year-long course on the farm, during which time they learn about different agricultural disciplines: coffee cultivation, animal husbandry, maize cultivation, etc. Special emphasis is placed on discipline, perseverance and physical training – a kind of boot camp! When we talked about coffee, it became clear that Itende seems to be very opportunistic. Because coffee cultivation has become rather difficult in recent years due to the low coffee price and the drought, the army chief in charge even considered pulling out his coffee plants and replacing them with a “cash crop” such as corn. As if to say: “If you don’t pay anything, we’ll do something else.” I didn’t like that attitude. Unfortunately, Itende does not seem to me to be the kind of company with which we can build our vision of creating long-term partnerships. It would always be uncertain whether coffee could be delivered the next year.

This visit was a valuable lesson for us: What looks like a showcase project at home on paper can look quite different when you see the reality on site. It is very important to visit the place where the coffee you roast and sell comes from, and to get to know the people behind the coffee personally.

In contrast to Itende, we also met some very interested farmers in Mbeya with whom it seems possible to form the type of partnerships we strive towards. I’m intrigued by the contrasts.

Coffee and smoking volcanoes Already in the approach we were enthusiastic about the volcanic peaks of Guatemala, which also accompanied us in the distance in the following days From the moment we arrived, the volcanic peaks of Guatemala inspired us and in the following days accompanied us in the distance. Despite many warnings about the […]