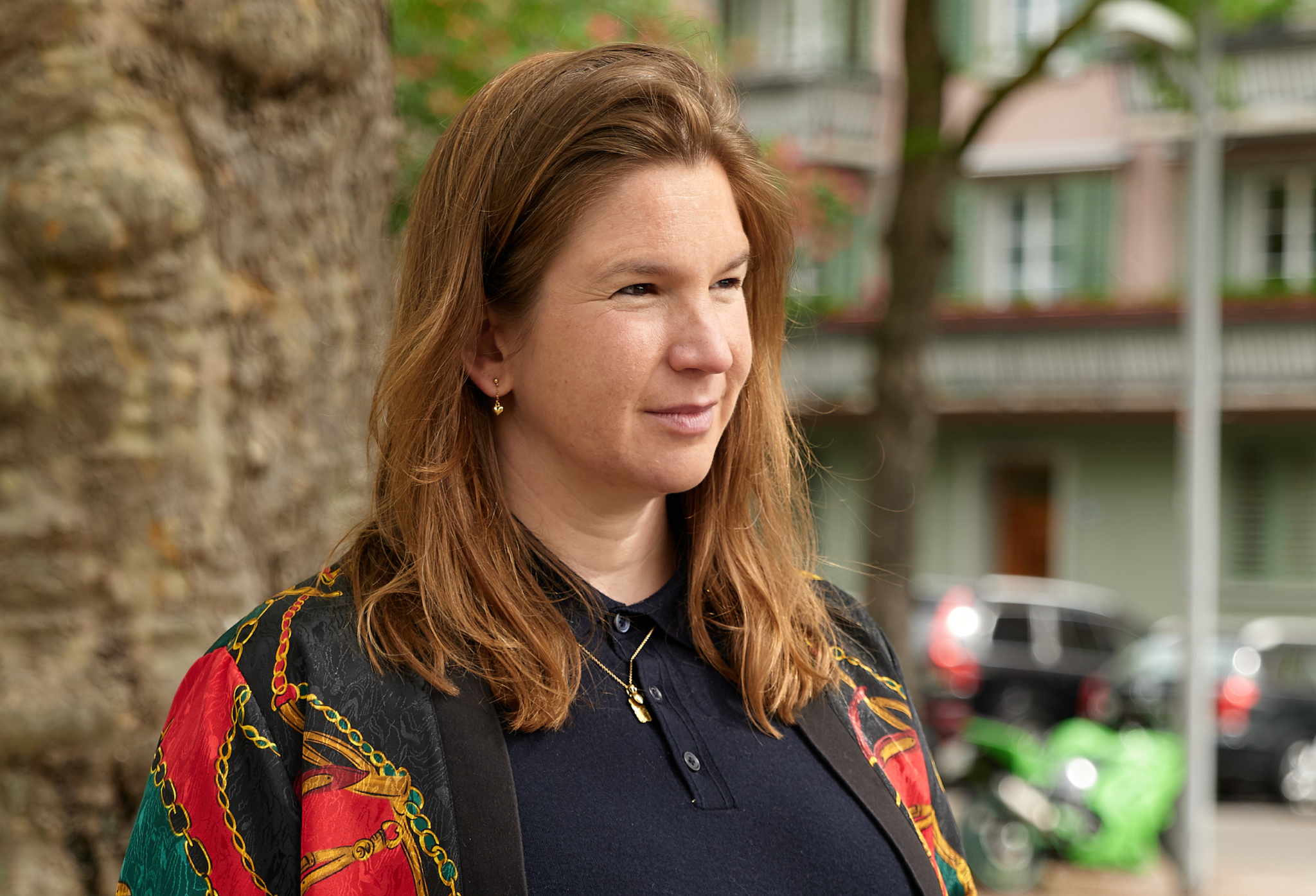 We regularly feature people who play an important role at ViCAFE. We want to bring you closer to the person behind the espresso or roasting machine, or on the other side of the screen. We met Julia, Head Barista and HR Assistant at ViCAFE, for a walk during the lockdown. She tells us what she loves about Zurich and what makes her tick, and that she also wants to maintain her multifaceted life as a mother.

Julia and the city of Zurich

Julia loves Zurich and could not imagine living anywhere else at the moment. Except if ViCAFE fulfilled their dream of opening an Espresso Bar in Genoa. Then, she would swap Zurich for the Italian port city for a while. “But Zurich is my home, my home.” She knows every corner and every road, so well that her mother once thought she would make a good taxi driver. “Zurich is just the right size. It’s not a village, but it’s not too big either, so you always see someone you know riding their bike through the city, or bump into familiar faces at a café.” She likes that there is so much to do, from cultural experiences such as museums, to bars, restaurants and cinemas. She loves the vibe and vibrancy of the city, as well as its diversity. She names District 3, where she lives, as an example: “Everyone lives here. Old and young, Zurich residents, Orthodox Jews and Muslim migrants.” As a future mother, it is important to her that her child grow up in an environment where diversity is embraced. But there is also room for improvement. For example, more and better bike routes or cheaper rents. “Zurich is very expensive.” Otherwise, it’s a massive privilege to be able to live here.”

Julia is a fighter. She sticks to her values and isn’t afraid to voice her opinions. Where did that come from? She was born with a strong sense of justice. Even as a teenager, she fought for other children. For example, when refugee children who came to Switzerland because of the war in Yugoslavia were supposed to be deported, she organised a sit-in in front of the town hall with her class from school.

Julia also goes out on street protests, previously against globalisation and the WEF, today for women. As an expectant mother, she realises that many things are not yet as they should be. To right the wrongs, equality is needed. “Women’s rights and equality are related. Women’s rights is a big issue in terms of equality, but in the end it is about everyone being treated equally. ” Does she have role models? Nobody in particular. But both her grandmother and mother were strong women and go-getters, so they set great examples for her.

Julia also had to fight during the economic crisis of 2008/2009. She was working as a freelance photographer and filmmaker at the time and relied on orders to get food on the table. She organised vernissages with her photographer friends so they could afford to eat out. Even if the situation wasn’t all that funny at the time, she seems very amused when she talks about these experiences. “It was also a cool and very free time. Going back home was never an option. To this day, being independent is still one of the most important things to me. ”

Julia is expecting her first child in a few weeks’ time. Together with her partner Tino and his daughter Luna, they form a modern blended family. “I’m really looking forward to meeting my boy, but I’m also scared.” In her new role, she is also confronted with topics that she may have thought about in the past, but that didn’t directly affect her at the time. She hasn’t decided whether she should go back to work half-time or 80% of the time after maternity leave. She finds that especially other women seem to judge her decision to go back to work. “I know I’ll put my heart and soul into my role as a mother. But I also like other aspects of my life and my work. ” At the same time, it’s not possible for everyone to be a stay-at-home mom – not every family can afford it. “I’m lucky to be in a relationship in which we give each other space and the freedom to be ourselves.” She hopes to pass her values on to her child.

Julia didn’t have to travel far on her journey to ViCAFE. In 2014, she moved into an apartment on Goldbrunnenplatz, a stone’s throw away from the first ViCAFE Espresso Bar that opened there a few months earlier. If she could afford it, she occasionally indulged in a coffee during her breaks from film editing. One day, an assistant position was advertised and she applied, since she could really do with the additional income. But the job was cancelled. Half a year later, ViCAFE contacted Julia and asked if she was still interested in the position. She agreed. Many espressos and flat whites have been served since then and new Espresso Bars have followed. “At some point I started working for ViCAFE full-time and I’m still there today.” It is very important to her that her employer shares her values and that she can freely express her opinions. She received training as an HR specialist and, in her current position, can help shape these values and stand up for the rights and well-being of employees. The challenge is to strike an equal balance between managing the interests of the company and those of the employees. She tries to do her job a little bit better every time. “My goal is to become the best employer in Zurich. Or let’s say Switzerland. ” Determined and ambitious – there are no better adjectives to describe Julia.

Julia in her free time

Julia’s hobbies are as diverse as she is. Among other things, she runs a mobile liquor bar with a friend that “shows up here and there.” So they can actually sell schnapps from anywhere. They mostly offer Swiss schnapps, but sometimes brandy. The variety of schnapps on offer is astounding, from sea buckthorn schnapps to cornelian cherry and spruce tip schnapps. The glasses are a mix-match from the Brockenhaus. “One shot, 5 Franks..” A simple thing. There is also soup and coffee. With another friend, she occasionally spins the DJ deck. “I wouldn’t exactly call ourselves DJanes. But it’s fun to do from time to time and people seem to like it.” Cooking with or for friends, good wine and having conversations late into the night are things that she loves and misses, especially now in the time of coronavirus.

The next schnapps bar is set to pop up again somewhere next winter.

Home coffee realities in the sun

We are 10 years young